Explore the pre-war conditions and post-war expansion of St. John's

"Every town, no matter how small or large, rich or poor, young or old, has its stories. This one took over 100 years to unfold."

In 1942, while Newfoundland was in an active war zone, the death rate in St. John’s was higher than anywhere else in the colony. Overcrowded and dilapidated tenements, huddled on a maze of narrow lanes, fell prey to rampant tuberculosis, shockingly high infant mortality rates, and infectious disease. 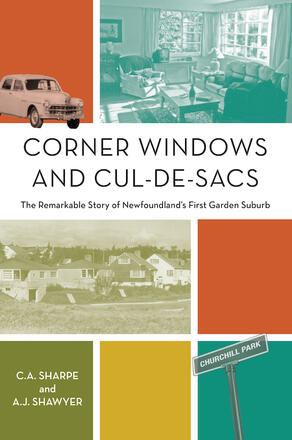 In 1944, under crippling debt, the St. John’s Housing Corporation was formed, with a mandate to build a new garden suburb north of the city that would lead to the abandonment and demolition of the derelict housing. Churchill Park became the core of this residential development, and between 1945 and 1947 more than 200 houses and nearly 100 apartment units were constructed, laying the groundwork for the orderly post-war expansion of the city.

Corner Windows and Cul-de-Sacs, the latest work from C.A. Sharpe and A.J. Shawyer, is a study of urban growth, planning, and household reform, but up close, the study reveals a much more human story.

An investigation into the scientific history of the Newfoundland saltfishery