Looking Back on Fairies, Fieldwork, and Newfoundland Folklore

I caught up with author Barbara Rieti to talk about her iconic study, Strange Terrain: The Fairy World in Newfoundland, and the publication of its 30th Anniversary Edition. Rieti has an MA in Folklore from the University of California at Berkeley and a PhD in Folklore from Memorial University. Her first book, Strange Terrain, is the product of her doctoral research on fairy narratives in Newfoundland and won the 1993 Raymond Klibansky Prize awarded by the Canadian Federation for the Humanities for the best scholarly work in English. She is also the author of Making Witches: Newfoundland Traditions of Spells and Counterspells (McGill-Queen's, 2008). From her home in Victoria, Rieti looks back on her magical fieldwork experience, considers Newfoundland’s unique affinity for fairy narratives, and shares her passions outside of fairies.

The description of your fieldwork road trips in Strange Terrain’s new preface had me wishing I studied a discipline with more fieldwork. How did you get started on this academic adventure?

I was new to Newfoundland. I didn’t grow up there, but when I went there in ’82, I wanted to explore the island. I loved being in the library and the Folklore Archive – MUN has a beautiful library – but what I really wanted to do was be out and meeting people. I didn’t know that I would get fairy stories. I started reading them in the archive, but I didn’t know if I would be able to hear any myself. So, for me, it was not just going out to meet people and getting to know the communities and the landscape, but it was also a bit of a treasure hunt looking for the fairy stories and hoping to hear them. My whole first couple of years were really magical for fieldwork.

I imagine it was a treasure hunt as these stories must have been buried deep in communities scattered across the island. How did you find these stories and get people to open up and tell them to you?

In my very first year, I had a dog named Solo, a little terrier type dog, and I took her around with me. I had a little white 1976 Honda and a little white dog, and we just went wandering around. Solo made a great conversation point and helped me start meeting people. Still, when I heard about a fairy story, sometimes people wouldn’t talk about it. 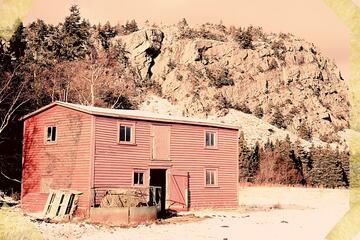 One thing that helped was travelling around with a camera just taking pictures: for myself, not for fieldwork. If I saw an interesting barn or something like that, I would take a picture and then – this was in pre-history before digital photos – I would go back sometimes with print copies of the photographs just to share with people. We would talk about that, and sometimes just talk about different features of the landscape. Then they would know I was interested in fairies and that I wasn’t just passing through. So, the dog and the pictures helped me connect with people, but I found that most people actually wanted to help once they knew I was a student.

You mention in Strange Terrain that you were surprised to find a place in North America where stories of fairies were still alive. What do you think it is about Newfoundland that allowed these folktales to survive, and do you think they are still prevalent today?

I think it’s the storytelling culture. Having small communities where storytelling is a major feature of life, and having people know the people involved in the stories, helps to keep the stories alive. With the closeness of these communities, the stories pass on whether people believe them or not. Also, just having small communities and a big land means that inexplicable experiences can still happen. You can still get lost and turned around, which are the main fairy experiences really.

Even today, I think that people still have interesting experiences. I think it’s possible to not only hear fairy stories but to just hear people having these strange experiences when they’re out cutting wood or hiking. People say, "I don’t know if it was fairies or whatever, but it was this odd thing." It’s not always a big dramatic event; it can be something little. So, I think as long as people are going out into the land things like this can happen. People have even told me that it’s become a bit of a national symbol to have fairy stories. Where before people may have been more hesitant, because it was seen as old fashioned, now it’s a kind of point of pride to have fairy stories that no one else has. It’s another symbol of cultural distinctness. Fairy stories are something that other places might have but nothing like the amount that Newfoundland has, because they don’t have the land.

After you finished Strange Terrain, did you have any passions that took over your life the way your work on fairies did, or is there anything else you’re interested in?

As you know, I did research on witches in Newfoundland afterwards. I don’t have occasion to do fieldwork like that now, but I do miss it. When I was living in Newfoundland, I started drawing with a group every week. We called ourselves the Group of 77. It was an informal drop-in group that met weekly, and for a number of years bi-weekly, to draw the human figure from live models. Even now in Victoria, I still do drawing and visual arts.

How does it feel to have this anniversary edition come out thirty years after you first published Strange Terrain?

I’m just stunned and delighted. I absolutely can’t believe it. The thing that makes me so happy is that, when I decided to write about fairies, I wanted to do something that would last. 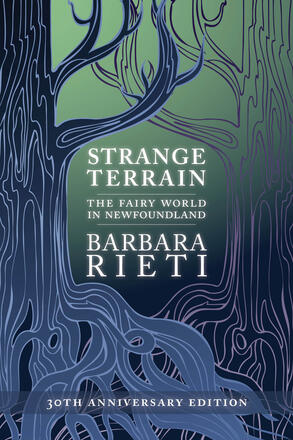 I wanted to do something that people would want to read 100 years from now. I had done a master’s degree, so I knew how much work would be involved in writing a thesis, and I didn’t want to put in all that work unless I knew people would want to read it. Of course, it wasn't just me – so many people helped me, sharing their stories and expertise, that it is really a kind of collaborative work. And I felt that people would want to read the fairy stories because I read the stories and I thought they were so amazing So, having this anniversary edition come out makes me really happy because I was able to create something people can still enjoy, even after thirty years. I think the fairies just attract people. People are intrigued by the subject, and I knew they would be, because how can you not?

Longlist for the NL Book Award for Non-Fiction Released!